Coolest Beard Styles for Men in 2019

Coolest Beard Styles for Men in 2018

​Beards have never been more popular. They transform a man’s face as well as bring a new level of style and sophistication to an average look. There are numerous styles, shapes, and lengths for any face shape. If you are a first time grower or looking for something new, check out this list of best beard styles for 2018.

​This beard was made famous by 19th-century composer Giuseppe Verdi. This short, rounded beard is coupled with a meticulously styled mustache. It looks best on men with triangular shaped faces. To achieve this beard, you start with a short, full beard. Keep the hair on your chin and lower part of your face full and thick. Keep the hair on your upper cheeks toward your ears short and shaven so. The mustache should be separate from the beard and not extend below the corners of your mouth. Turn up the edges for the distinctive Verdi look.​

​Named for the famed, Italian general Giuseppe Garibaldi, this beard is full and generally worn unkempt. The main feature of this beard is its rounded bottom. It is best worn by men with a larger frame.

​The Garibaldi consists of a full beard and a mustache. This mid-length beard should extend no more than 7 inches past your chin. The base should be wide and rounded without appearing overly groomed. You mustache can extend past your mouth but should be kept manicured.

​While often the starting point for other beard styles on this list, the full beard can be a stand-alone style for men capable of growing one. The full beard has been the height of masculinity and graced the faces of men like George Clooney and Chuck Norris.

​The full beard is thick and extends from your upper lip, across your checks, down your sideburns, and over and under your chin. Obtaining a full beard takes time, generally four to six weeks of growth.​

​The Goatee, named after the clump of hair on the chin of a goat, has generally been associated with those of dubious moral character. One of the classic examples of a goatee can be found on ​Colin Farrell and Brad Pitt. This style of facial hair is a good choice for those with pointy chins or weak chins.

​To get this look, you must start by shaving your cheeks, sideburns, and throat. Leave hair only below your mouth and on your chin. Shave the hair below the corner of your mouth so that your goatee extends in a semi-circle around your chin.

​Named for urban beards-man, Eric Bandholz, this beard has come to represent the pinnacle of modern facial hair for men. Bandholz’s beard is thick, full, and long. It includes a long, fully connected mustache. Similar to the Garibaldi, the Bandholz beard extends down from your sideburns to a rounded bottom. Unlike the Garibaldi, this beard style is encouraged to grow as long and full as possible.

​To obtain this look takes patience and time. Eric Bandholz recommends a healthy diet, testosterone-producing exercises, and fish oil supplements to encourage beard growth. ​ To keep the beard from being frizzy, you should apply beard balm or oil.

​A favorite of Leonardo DiCaprio , this beard style consists of an integrated mustache, a hair along the jaw, and shaved cheeks and side-burns.

​To get this look, grow your facial hair for four weeks. Shave your cheeks, side-burns, and neck. Leave a line of short hair that extends from the bottom of your ear to the side of your chin. Keep your mustache short but do not trim the hair that connects it to your beard.

​This beard is represents the signature style of rocker Frank Zappa. It consists of a thick mustache and soul patch.

By Jean-Luc - originally posted to Flickr as FRANK ZAPPA, CC BY 2.0, Link

​Once you have grown a bushy mustache that covers more than half of your top lip, shave the top so that it forms a straight line on top. The ends should extend past your bottom lip. Shape the soul patch into a small, rectangular box that does not cover the entirety of your chin.

​Originally worn by fascist, Italian henchman Italo Balbo during WWII (), the Balbo has since become the stylish mainstay for Robert Downey, Jr.​ This look consists of three parts – a trimmed mustache, a patch of hair under the bottom lip, and chin hair. This look is perfect if you have narrow chin. Both the mustache and the beard should be kept short.

​This beard style is a variant of The Goatee by adding an attached mustache. Originally worn by 17th-century Flemish painter, Anthony van Dyke, this style is still a favorite of modern Renaissance men like Johnny Depp. When coupled with a curled mustache, this look can give any face an artsy look.

​For this look, you will need to remove all hair from your cheeks, sideburns, and throat. Shape the hair under your mouth and on your chin into a half-circle. Finally, shave the hair under the corners of your mouth so that your mustache and beard do not touch.

​Regardless of your beard type, you must be ready to give it proper maintenance and care in order for your beard to look its best. Invest in a beard comb and conditioner to ensure your beard hair is soft and free from split ends or tangles. Oil or balm can be used to sculpting both your beard and mustache. ​Copy the ​HTML Below to Embeed the Infographic to your Site 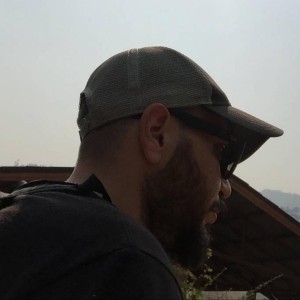 The Complete Guide on How to ... We’re just regular guys who like looking and feeling good. We don’t believe that we should ask anything more of our readers. You can expect the same straightforward honesty regardless whether we’re reviewing products, places and experiences that we’re totally in love with or we’re venturing out on a limb in response to popular demand. Our team is firmly committed to providing you with an objective viewpoint that shows both sides of the coin.

The Mens's Attitude is a participant in the Amazon Services LLC Associates Program, an affiliate advertising program designed to provide a means for us to earn fees by linking to Amazon.com and affiliated sites
We use cookies to ensure that we give you the best experience on our website. If you continue to use this site we will assume that you are happy with it.Ok